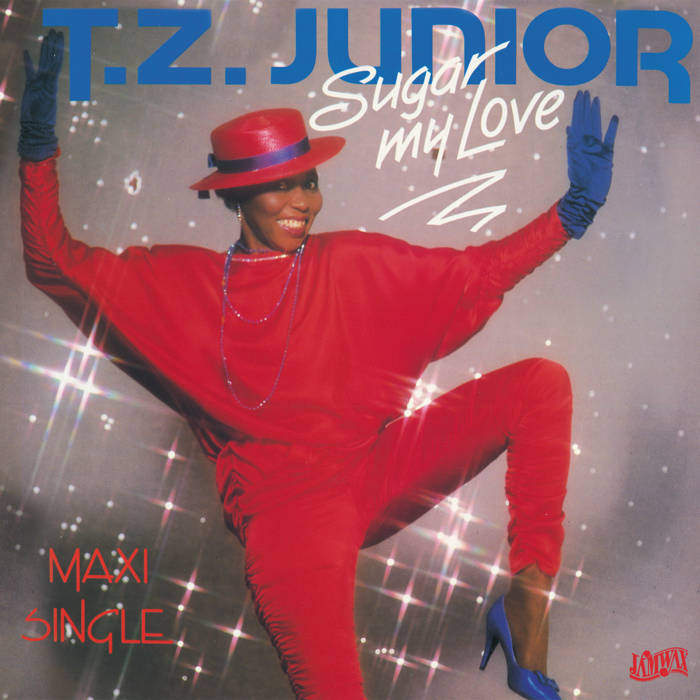 Thandi Zulu known as T.Z. Junior was a young girl from Soweto, a township of the city of Johannesburg, South Africa. Soweto became an independent municipality with elected black councilors in 1983. T.Z. Junior started her musical career with Peter Moticoe who produced "Love Games" with The Young Five on Heads label in 1984. Then, Peter Moticoe brought her to Phil Hollis at Dephon Entertainment who then teamed them up with Attie Van Wyk who was the producer for Yvonne Chaka Chaka at that time.

Phil Hollis started Dephon Promotion (Dephon Entertainment) in the late 70's and developed into the largest independent record company in South Africa. He describes himself as the only person who has been involved in recording of major hit songs in nearly all genre's of music in all the languages in South Africa. Phil Hollis was involved in all aspects of the Entertainment industry from production of recordings, recording company, distribution, marketing and promotion, events management, staging major events and filming.

"Sugar My Love" and "Are You Ready For Love" were produced and arranged by Attie Van Wyk. “Back in the 80's I was a songwriter for a band called Ballyhoo when I got an offer from the Dephon Record Company to join them as a music producer. So I quit the band and joined them, producing records mainly for music targeted at the black market in those days,” he says. Between 1982 and 1992, Attie Van Wyk produced over 120 albums, including many for Yvonne Chaka Chaka for whom he also wrote songs. “At that time, I realised that the only way to sell records was to put the artists on a touring circuit.” Hit song writer, band member, music producer, tour organiser, and concert promoter, Attie Van Wyk started Big Concerts in 1992 when, after helping to negotiate the end of the cultural boycott against South Africa, he brought out Paul Simon, one of the first international acts South Africa had seen for a long, dark time during Apartheid.