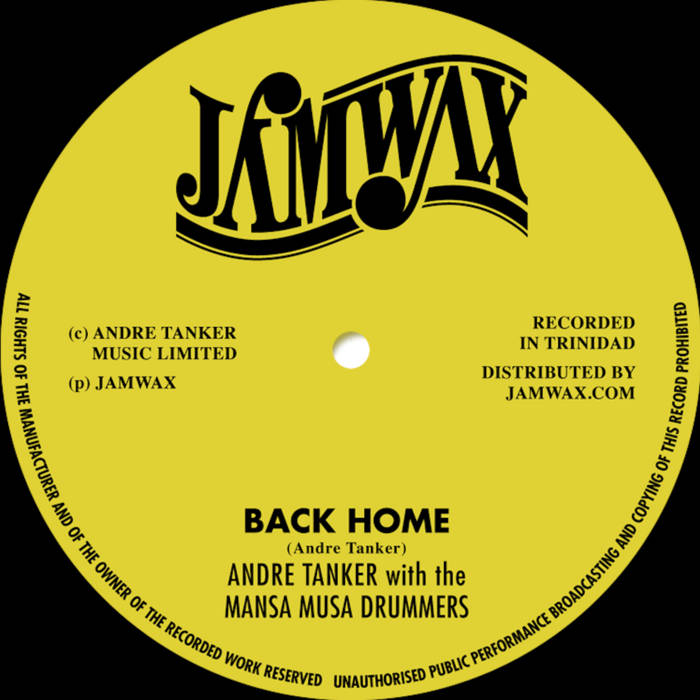 After three decades as one of Trinidad and Tobago’s leading musicians, Andre Tanker is still among the country’s best-kept secrets. But he’s always made his music for the world. Since the 1970s, Tanker has been composing and performing what he would sum up as “Caribbean world music”. It draws on the traditions not only of the modern Caribbean calypso and reggae, but on the jazz, blues and soul of North America, the drums and chants of Africa, the tabla and sitar of India. Nowadays that rich mixture is part of what’s called “world music”, and the rest of the world is finally catching up with Tanker.

The drums that were most important in Tanker’s musical education were African drums, the drums of Shango or Orisha, the New World fusion of Yoruba religion with Catholicism in which particular saints are identified with Orisha deities or powers. It was at the Little Carib theatre that the young Tanker first heard the late Orisha priest and master drummer Andrew Beddoe. He didn’t know it then, but the beat of Beddoe’s drums was to reverberate through his own career.

It was while Tanker was discovering the African roots of Trinidad’s culture that he discovered himself. Long before it became politically correct to accept Africa as the place where life began, Andre Tanker realised that his life, and his music came from there. But Andre could look into a mirrror and see the world, and knew that his life, and his music, had also come to, and out of, Trinidad and Tobago, New York City, London, and Rio de Janeiro. Andre Tanker insists that he doesn’t only cater for Trinidadian tastes: “If you’re a universal person, your music must have universal appeal.” it’s precisely because of its deep roots in local culture that Tanker’s work is world music: “I like to say the deeper I go into Trinidad, the closer I get to the centre of the earth. I don’t care where you are, if you look up you’re going to see the same moon. »

Andre Tanker wrote and composed « Back Home » and « Get Ahead » in the 70’s, sings lead vocals and plays lead and rhythm guitar, while percussions are played by The Mansa Musa Drummers. « Back Home » is the anthem of the returning migrant (I went away, I leave and I come back home...), while « Get Ahead » is a rhythmic and unique mix of world, rock and blues, a vintage classic blending. This is proud music made by the most humble man. Andre Tanker has an amazing legacy that his great family will cherish and continue to carry on.