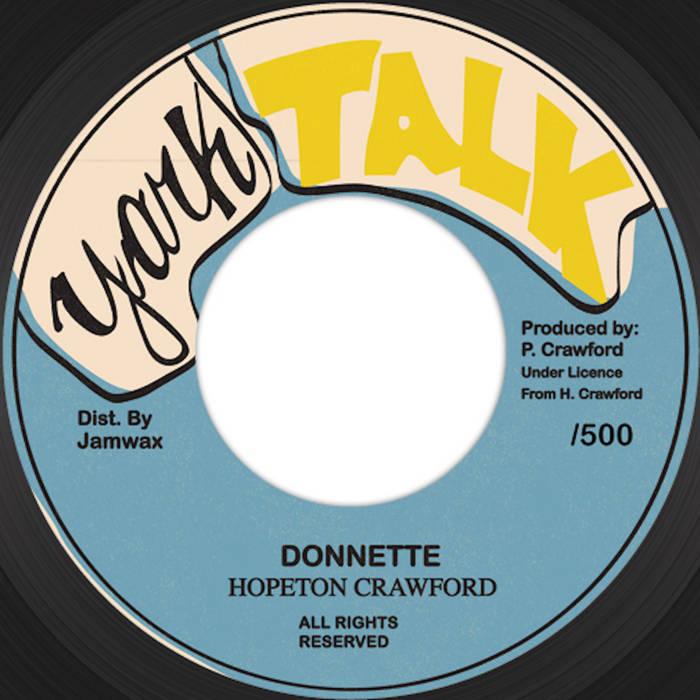 Hopeton Crawford was born on August 21, 1961 in Kingston. Jamaica. He grew up at number 12 on 5th street in the Trenchtown neighborhood. All the popular singers of that time are in the corner, from Bob Marley who regularly visits Mortimer Planno, to Ken Boothe, Hopeton, then still a kid attends a parade of artists every day. Right in front of him lives Hortense Ellis and Alton Ellis is a little further with his children. In 1967, Hopeton's mother bought Alton Ellis' single 'Girl I've Got A Date' which is the hit of the year produced by Duke Reid released on his Dutchess label. Hopeton does not stop listening to this song and listen the disc unceasingly to know it by heart. He sings 'Girl I've Got A Date' all day. It is this song that makes him love music.

In 1974, he learned to play guitar with a friend of school. He participates in many musical workshops in his school like all other teenagers and starts playing in a small group. Around 1978-79, he wrote My Everything Girl that he wants to voice to Channel One. It is Sly & Robbie who organize the sessions but this day the crown prince of reggae music is in the studio, it is of course Dennis Brown. Sly wants to give the studio's priority to Dennis Brown because he leaves the following day for overseas and Dennis Brown in the studio is gold. Sly appreciates the title of Hopeton but makes him understand that it will be necessary to come back later because the priority is Dennis Brown. When Hopeton returns some time later, the studio is in maintenance and it is impossible to work.

In 1984, he moved to Montego Bay and took a musical break. In the early 90s he returned to Kingston with his tape and his riddim of the Flowers Crew to record Donnette. Donnette is the companion of Don. It is a real mark of respect to say of a woman that she is a Donnette. Donnette is a love story dedicated to her new wife. In fact the song Donnette is very personal because before his new relationship, Hopeton was with a rather special person, a complicated story that did not work. Having changed the woman and having seen the differences and especially the qualities of his new wife, he writes Donnette because he says that it is the top. At that time the words Don and Donnette are used in the jargon, so the name of the song comes naturally for Hopeton. The riddim is executed by the Flowers Crew and is recommended for any digital dancehall lover.

It was the big house Sonic Sounds who pressed the title at the time. Hopeton made his own distribution but according to him less than 50 copies were pressed. He remembers "There were not more than two boxes". And for those who bought records at the time, everyone remembers that the jamaican boxes contain 25 discs. The time having acted and the bad preservation of the few copies which circulate still make it impossible to find this title in condition as new.

During this session he also recorded Tiki Raggamuffin, Apix Of Your Love and Poor Man (never released). He stop the music because touched by a disease and also a little disappointment.

More than 20 years later, music knock again at his door with Jamwax. Hopeton Crawford told himself deep down that one day something was going to happen, he kept his tape in very good condition, as if he were waiting for a Jamaican music fan. Hopeton thanks all the people who appreciate his music and takes more and more often his guitar to sing some classics.