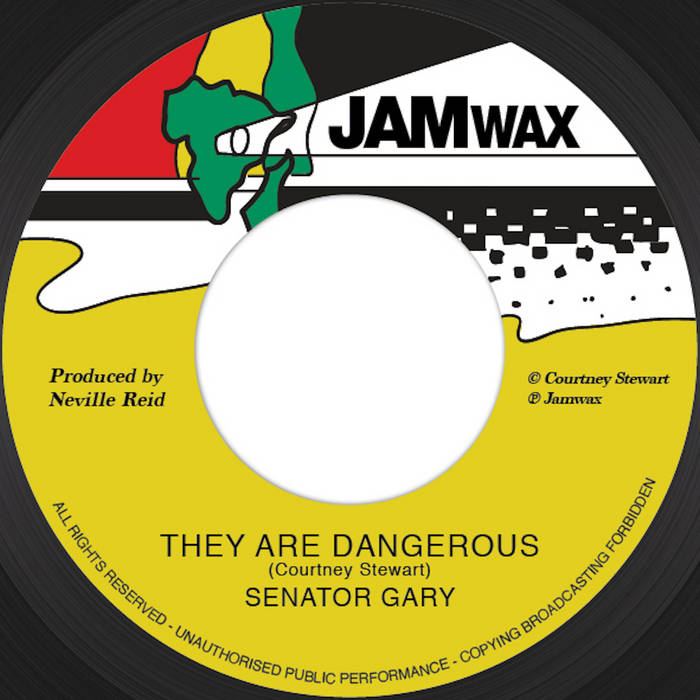 Born Courtney Mark Anthony Stewart, in Roaring River, St Thomas, Jamaica, Senator Gary started on his musical journey in the mid 1980’s, toasting on Studio 4 Sound System in his home town. After migrating to Kingston, Senator Gary began his recording career. The legendary Channel 1 Recording Studio was where he recorded his first single. Produced by Horace Tapper the song “Iron Bar” was recorded on the Top Rick record label, owned by Horace Tapper.

I-Maa-Ra recorded a few singles under the name “Senator Gary”, among them, “They Are Dangerous” done on the Beacon record label and produced by Neville Reid. The rhythm track was played by foundation organ player Winston Wright. Senator Gary delivered a strong lyrics against policians. Characterized with the ability to “degenerate to regenerate” he changed his name to “I-Mara”, meaning “Solid and Firm’. This dynamic performing artiste is now called I-Maa-Ra, meaning “I See The Light”.

In 1992 I-Maa-Ra was awarded a scholarship to attend The Cultural Training Centre, now called the Edna Manley College of the Visual and Performing Arts. At the then School of Music, he studied Caribbean Latin American Jazz, specializing in vocal and ear training. I-Maa-Ra worked on Jamaica’s North Coast in the hotel circuit for a while after which he linked up with the Group Abbasani managed by Milton Boothe owner of Roots Rock Muzik. He became the group’s lead vocalist. He released a few albums “Let I Go”, “Life’s Journey” and “Don’t Take It Personal”. I-Maa-Ra has so far worked with such big names as Dean Fraser, Ibo Cooper, Barry O'Hare and Mikey Bennett.

I-Maa-Ra once sat on the board of directors of the Jamaica Association of Composers, Authors and Publishers, and is also a social advocate and motivational speaker in schools and colleges across the island. In the meanwhile, I-Mara continues to perform across the island of Jamaica. I-Maa-Ra has performed in several venues always rocking the audience with his very strong vocal arrangement. He has performed at Western Consciousness, Peter Tosh’s Birthday Bash, Cactus & Mirage night clubs, Devonshire, Emancipation Park- Artistes in the Park, Toured Mexico and Culture Fest.

As a dedicated father and family man, I-Maa-Ra took a break from performing to take care of his third son Annu, born in 2011. An avid reader and prolific writer, always seeking to improve his craft, I-Maa-Ra continues to record and write poems. Having gone through a spiritual transformation, I-Maa-Ra is now ready to unleash his full and true potential, energized and enlightened. “I awake from the darkness of hate, break the slate to recreate someone great. Not too early not too late, I degenerate to regenerate, within, lies my fate”. Poetic expression from I-Maa-Ra, singer, songwriter, poet and recording artist.