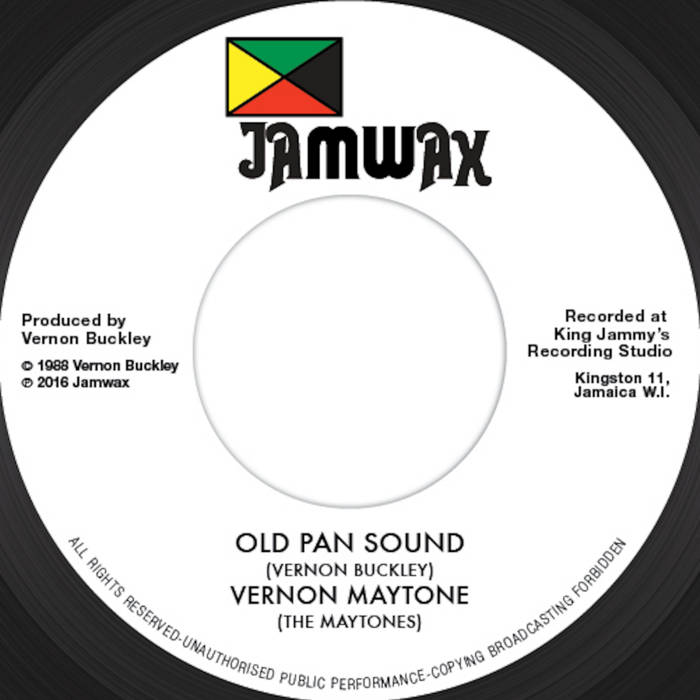 Vernon Buckley started singing from the tender age of fifteen and formed the group The Maytones in 1968 with his neighbour Gladstone Grant. The duo almost instantly went in the studio after audition for Alvin Ranglin of GG records in Kingston, Jamaica. The Maytones sucessfully made a string of hits "Funny Man", "Loving Reggae", "Serious Love", "Africa We Want To Go".

Theses successes were generally love songs, but with subsequent release they recorded in a more serious vein concentrating on a rastafarian theme "Judas', "Babylon Fall", "Run Babylon" signalled the direction in which reggae was heading. They continued releasing hits through to mid-70's at Channel 1 recording studio. One of The Maytones biggest hit was "Money Worries" which featured in the jamaican movie "Rockers".

The group toured to places like Europe, Canada and the United States. Most recently Vernon has been working with some great reggae artists such as Ken Boothe, Leroy Sibbles, Linval Thompson, The Tamlins, the late great Sugar Minott, Glen Washington, U Roy among others on his own label Music Life Movements. Not long ago Clarendon Music Awards Honours The Maytones for Lifetime achievement award.

“Old Pan Sound” was recorded at King Jammy’s recording studio in 1988 and became a totally impossible to find tune from that era. This a sound clash song recorded to bury any soundbwoy “Old pan sound fi sit dung” and put the dancehall on fire.