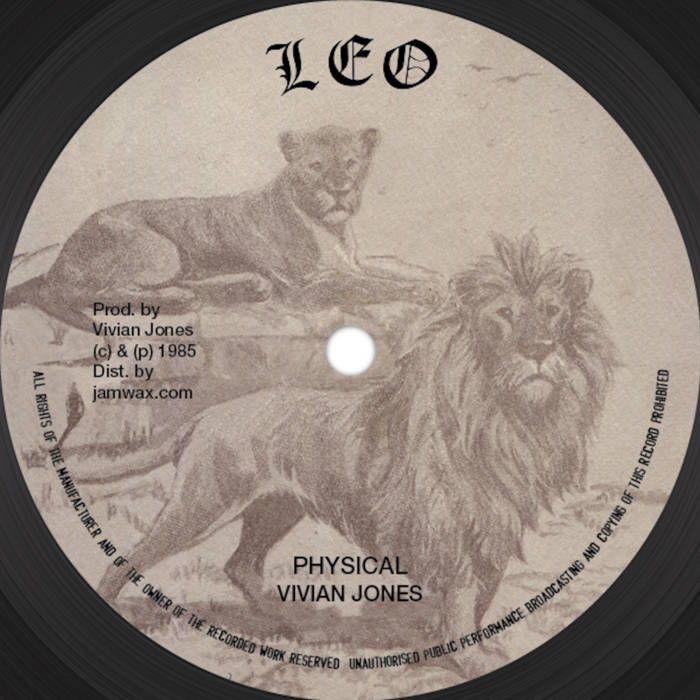 Vivian Jones was born in 1957, Treeloney Fallmouth, in the country side of Jamaica. He grew up in a christian family. He listened the only radio in the country: RJR with 'Charly Bop Cop'. At this time, the radio used to play pop, r&b, soul and reggae music on saturday. At the age of ten years old, Vivian Jones moved with his parents to the United Kingdom. They lived in and around London, moving between Willesden, Alperton, and Harrow.

At school, Vivian discover he had the ability to sing because everytime he used to sing, all the girls called him back. During the lunch pause, he used to sing Delroy Wilson & Dennis Brown classics and all the girls were crazy about that. One of this girl used to know Tony Ashville (who produced John Holt) and she ask Vivian to go see him. Vivian goes to his house and Tony Ashville gave him a riddim to work on. He told Vivian to learn the riddim and the song and to come back when he will be ready. Vivian Jones becoming increasingly involved in the local reggae scene.

In the mid-1970s he began performing with sound systems, initially as a deejay. Then he was a member of several bands including The Spartans, The Doctor Birds, The Mighty Vibes and The Pieces. Vivian became manager of the band “Youth Band” and did a lot of shows. Their fist tune was “Good Morning”. Then the group split out. But Vivian was the writer.

In 1980 he began to record as a solo artist, enjoying a hit that year with "Good Morning" (actually a remixed recording by the Mighty Vibes). Ephraim "Count Shelly" Berrett from “Third World” label pressed it and the tune topped the UK reggae charts. But Vivian Jones received only two copies of the vinyls and nothing from the selling. At this time he didn't know nothing about royalties.

Disillusioned with the music industry, he returned to Jamaica in 1982 to stay with his grandparents. He returned to London and began work outside of music. He soon began recording again in his spare time, and his debut album “Bank Robbery” was released in 1984. He went on to work with Jah Shaka, the two collaborating on the Jah Works album, released in 1987 but recorded a few years earlier.

“Physical” was recorded at Park Royal studio (London, UK) in 1985. Vivian Jones build the riddim with his friend Trevor Star. Another friend named Leo made the label artwork. The song didn't get huge selling in England but Vivian Jones heard that the selling were very good in Japan and in the United States. Vivian Jones was a beginner in the vinyls business so he pressed only 500 copies. All copies were sold very quickly and Vivian Jones didn’t repressed because he had plenty other tunes to releases.

Thirty years after its first release, Jamwax proposed to Vivian Jones the reissue project. Vivian Jones was waiting to release again this gem and he put his trust in Jamwax. In 2011, an english label tried to reissue “Physical” without success. People were waiting this reissue for so many years that many of them didn't believe the official Jamwax release was true.

“Physical” featured all the best elements of mid 80's production: slamming drum machines, tremulous synth bass and trilling keyboard lines. This is a no holds barred soundsystem killer that should have everyone on the dancefloor “Physical, physical and everybody get physical, physical”.